Arriving at the Celebrity Juice studio.

When set off for London all we had in our minds was “please don’t slide in the boot”! Every bump and noise from the car had us worried as we drove on. It was a two hours’, shaky drive to get to the Celebrity Juice studio. It made it even more difficult for Aggy and Beccy holding the caricatures, while Andy did his best to miss the pot holes.

When pulled up to the studio it dawned on us that we still need to get this cake out again. After some frantic running around we managed to find the correct studio and went to find help. Six ‘Celebrity Juice’ team members come out rather nervous, as they had no idea what is was going to look like. As I opened the back of the van we all breathed a huge sigh of relief.

It still was all in one piece!

As we all crowed around it to lift it out more and more people came to have a look. This only added to the pressure but with a gentle push and a wiggle 250kg of cake was on the trolley and ready to finish in the studio. As we made the long (about 25m, but felt like 4 miles) journey to the studio we could hear Keith’s voice from inside. We had two reroutes on the way because of cables and other obstacles. The cake sliding nearly dropping off the trolley at one point but we had it back stage and could start the final assembly. 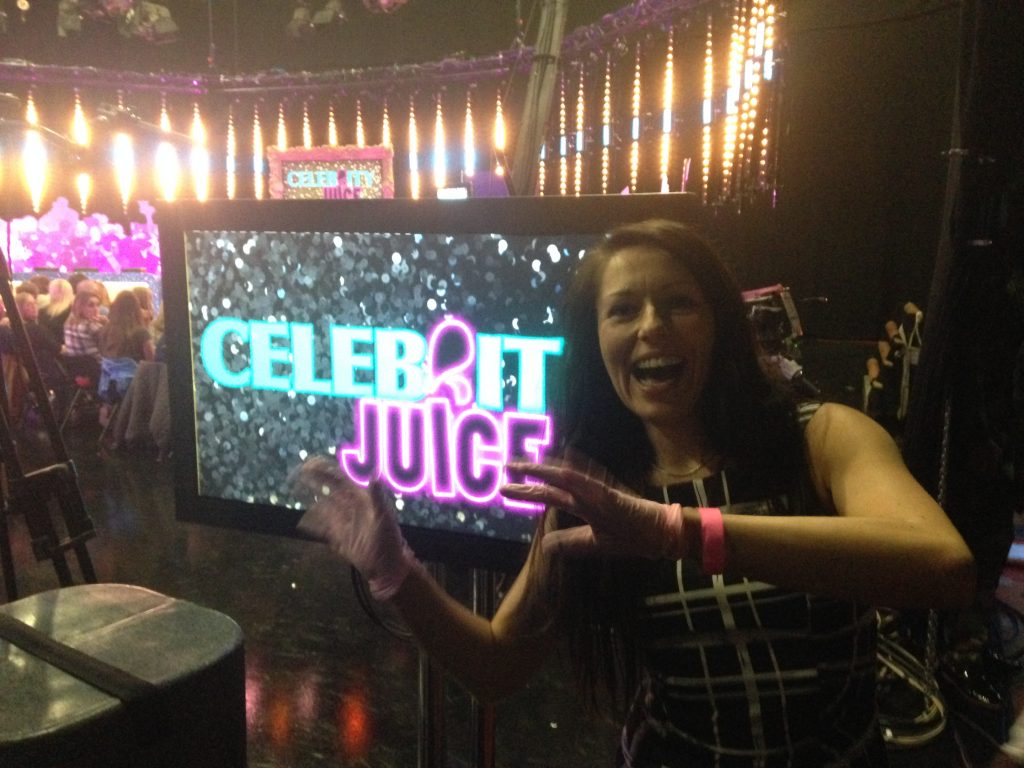 While we were working like mad to finish it, we could see Keith Lemon setting up the show and we were constantly laughing. While putting the ribbons on and painting the inside of Fearne’s nostrils we noticed Keith was stood next to us open mouthed. A bit shocked we shook hands and starting chatting cake. He loved the heads and asked if he could keep his after filming. Who are we to say ‘NO’ to Keith Lemon!!!! As we are chatting away with him we had to demonstrate where to start cutting. The way it was made you could cut straight from the top of the TV to the bottom of the screen.

The only thing nobody had a knife!

After a good long chat he had to run off to get ready for filming and with the cake nearly done we started breathing again.

Just before filming last little push around the studio to move the cake across to the other side of the stage. As we pushed it across we got nice OOOOO’s and AHHHHH’s from the audience.

A last lift to the stage!

We finally sat down!

The next four hours were a blur of constant laughter, watching the filming and how the show is made. How Keith Lemon has so much energy is a mystery he is always doing something hilarious. 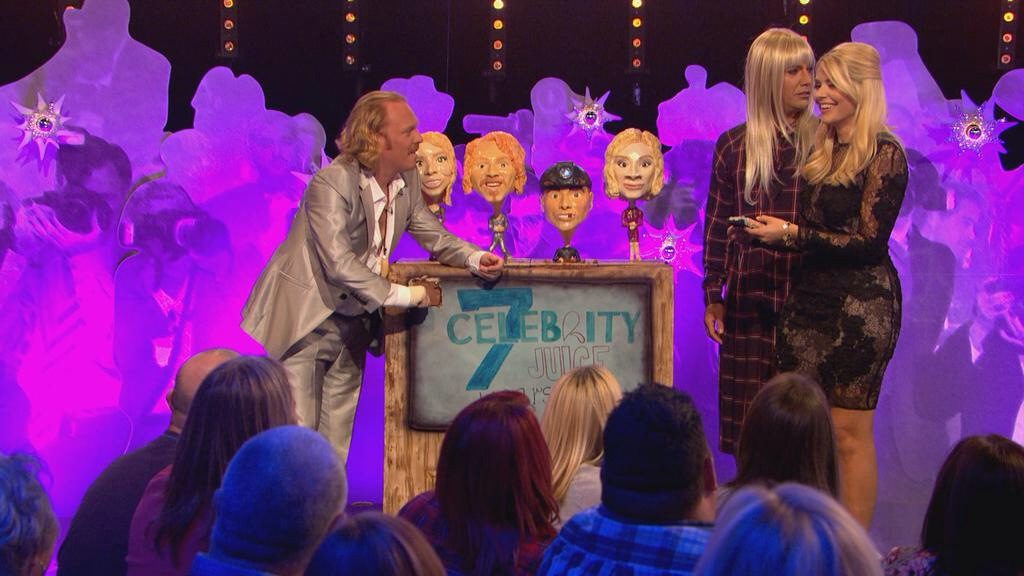 After the filming, the warm up guy invited us to the after party, we were buzzing! We went back stage again with the ‘heads’ to give to their new owners.

While chatting to Chris Moyles, Tulisa, the film crew and guests we saw Leigh Francis and Gino appeared. We got talking to them, a real ‘pinch yourself’ moment but they were very cool and funny. 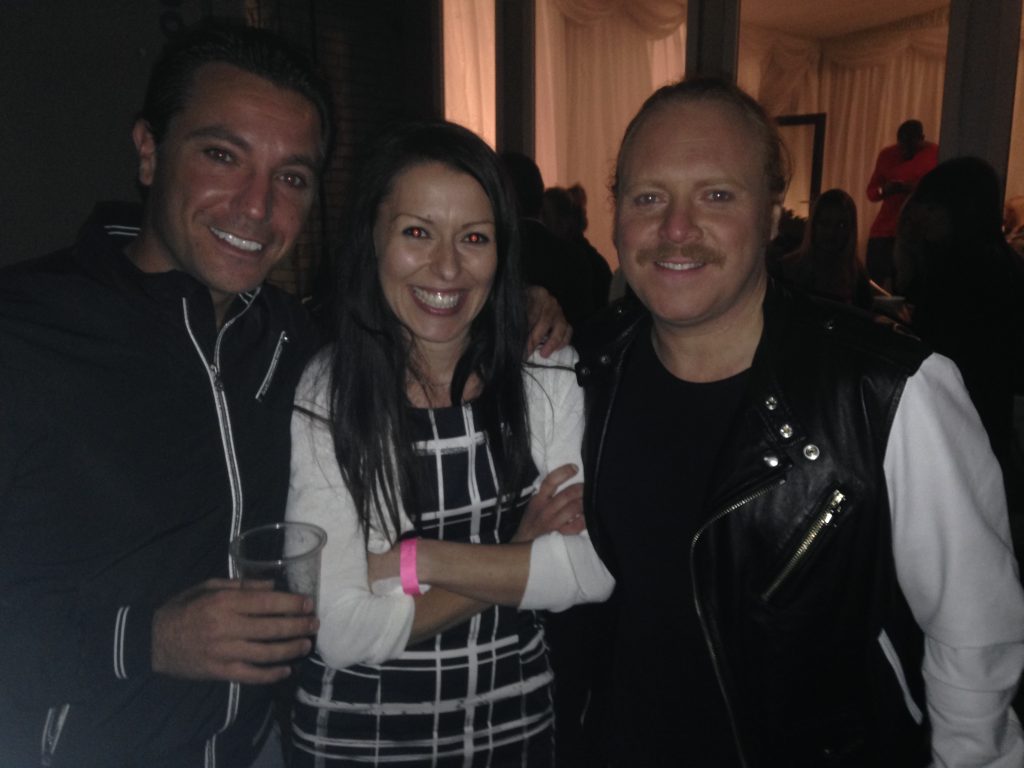 While chatting we remembered we still had quite a lot of cake left, so we ran into the studio and wheeled it outside for everyone. As we were talking to the guests, Dean Gaffney walked over and started digging in.. 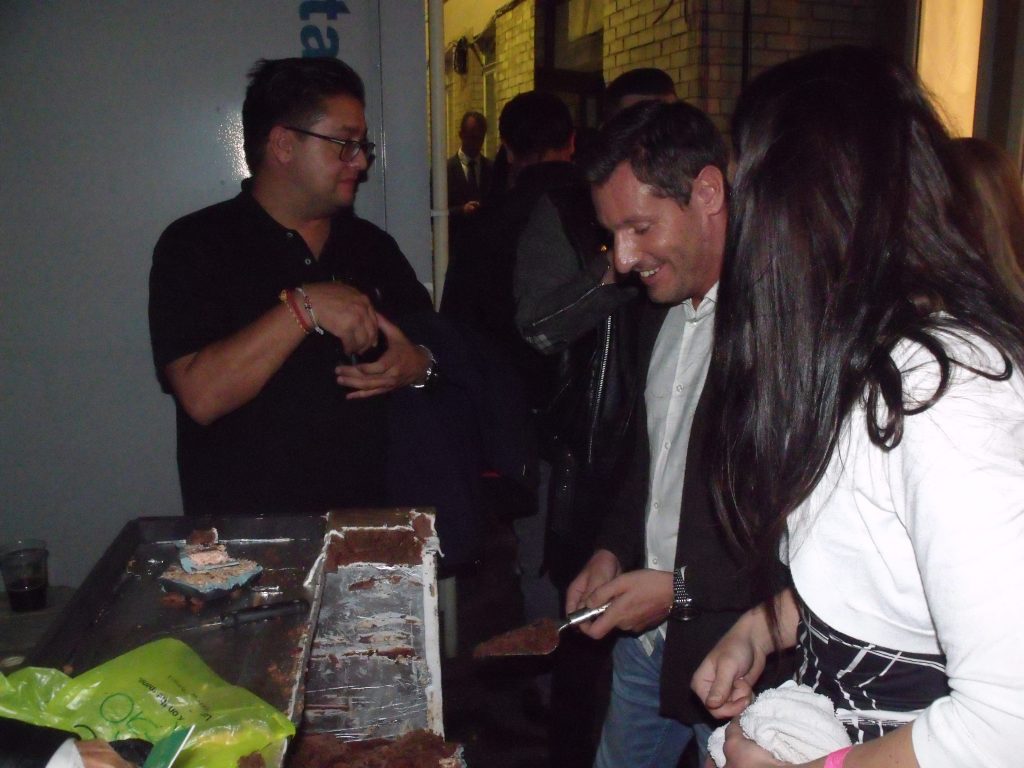 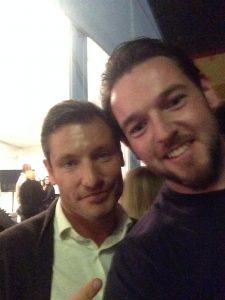 The rest of the night was filled with chats with as many people as we could. The reception of the cake and heads was awesome, and we were treated like celebs ourselves by the crew and guests. 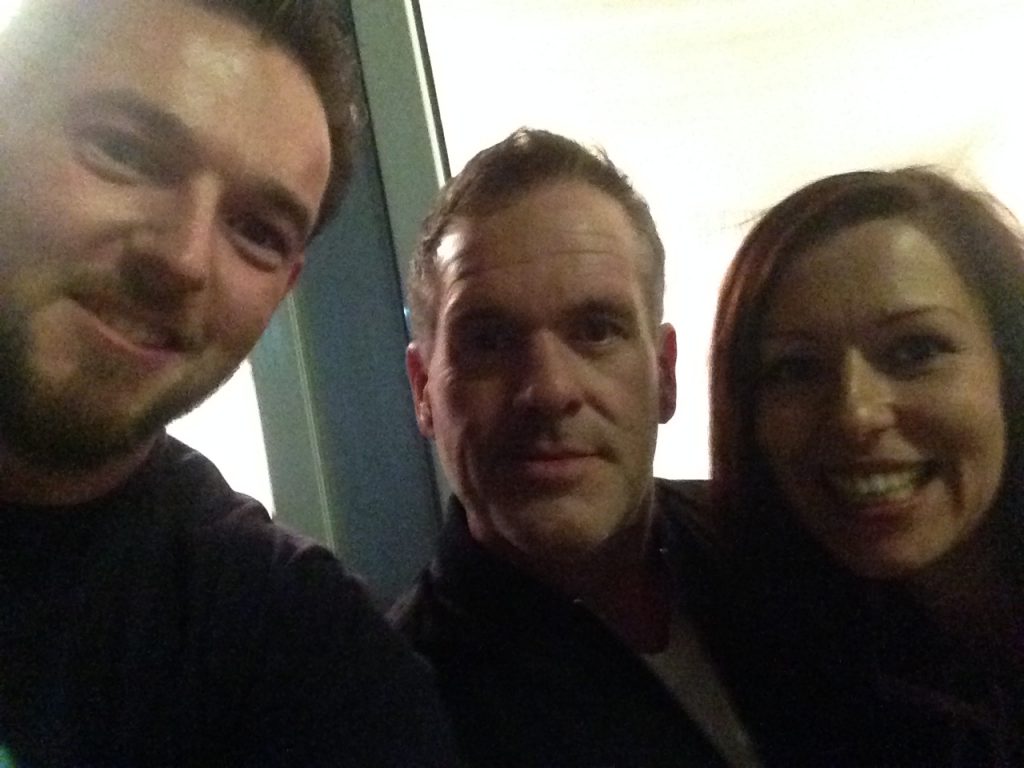 It really was an incredible evening and finally all the hard work was over and we could have a laugh.

Was all the work worth it?

Of course! And we would do it all again tomorrow if we could. Maybe a bit of sleep first.

As we thanked everyone and said ‘bye’ we looked around and realized we still had to load the car. Then drive two more hours to get home.

There is no rest for the wicked!

They say you should never meet your heroes but we are so glad we did and hope to party with them again soon!!!