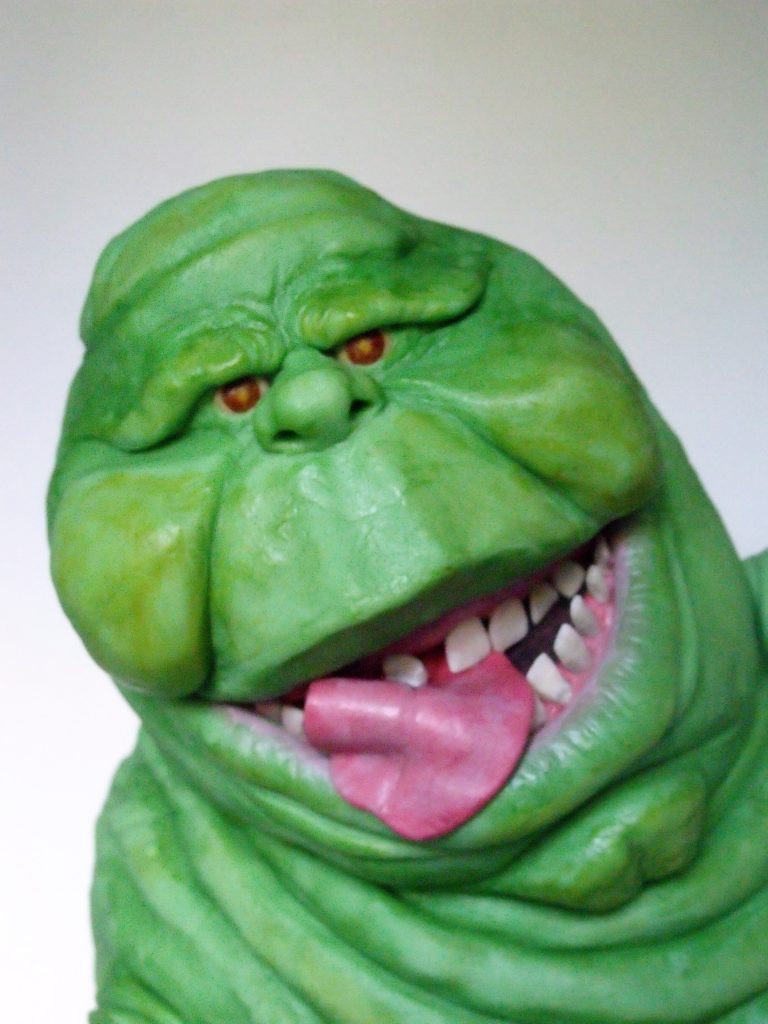 Being a cake designer is a busy life and one where ultimately the customer has the final say on the look of the cake.

But, when given the opportunity to have totally free rain over a project I can take the ideas to another level.
I very rarely get the chance to make something that I think of myself without consulting the customer. So I thought why not see what can be done within 24 hours or less in this case.

I didn’t have to think long! Who is the most famous ghost of all…? 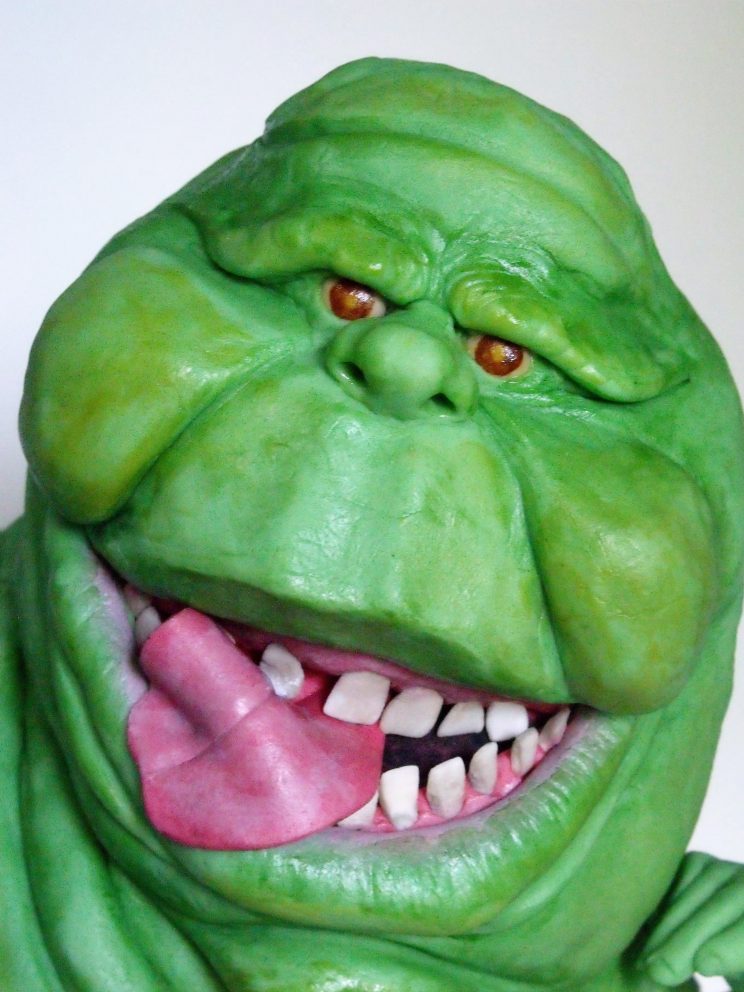 One of my favourite characters from the amazing 80’s movie Ghostbusters.

As he is obviously a ghost the challenge was to make him as gravity defying and “floaty” as possible. I decided to make him stealing one of his favourite things, slice of pizza! 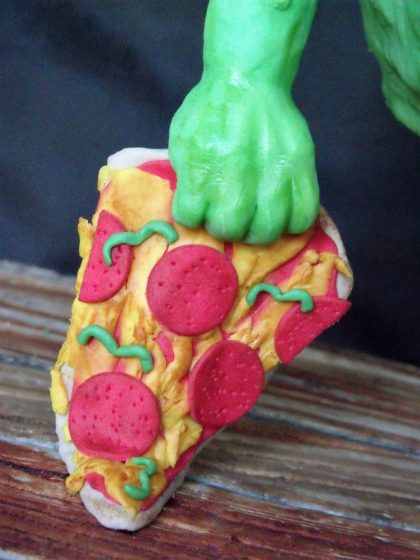 We had to start somewhere so I did a quick sketch of the stand and showed it to Andy. Within a minute we have agreed the theory and started with the process. I got on with the baking delicious green white chocolate cake to match Slimer’s rather green appearance.

Andy disappeared into his workshop and after a lot of sawing, bending, cutting and screwing he emerged with a fully built stand.

Meanwhile the ganache filling was finished and also very green!

One of the most important parts when sculpting is shaping the cake… And is also one of my favourites, because who doesn’t love a break with a cup of green tea and some (very green!) off cuts! 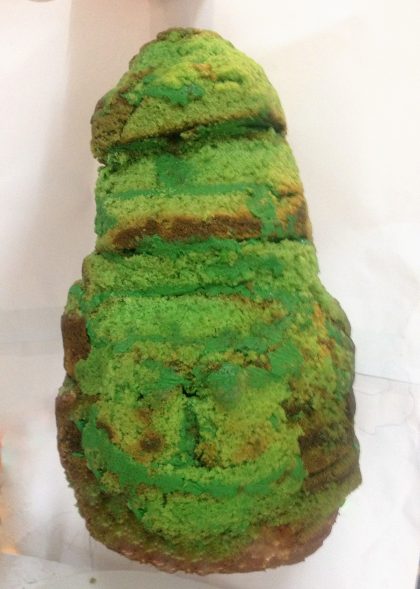 He was just a simple, straight forward shape. Almost like a giant green potato except all the fat rolls.

I know I know, you might be thinking I could of just added the fat rolls made out of fondant later. This would be quicker and easier but honestly who would want to munch on a huge piece of sugar paste. 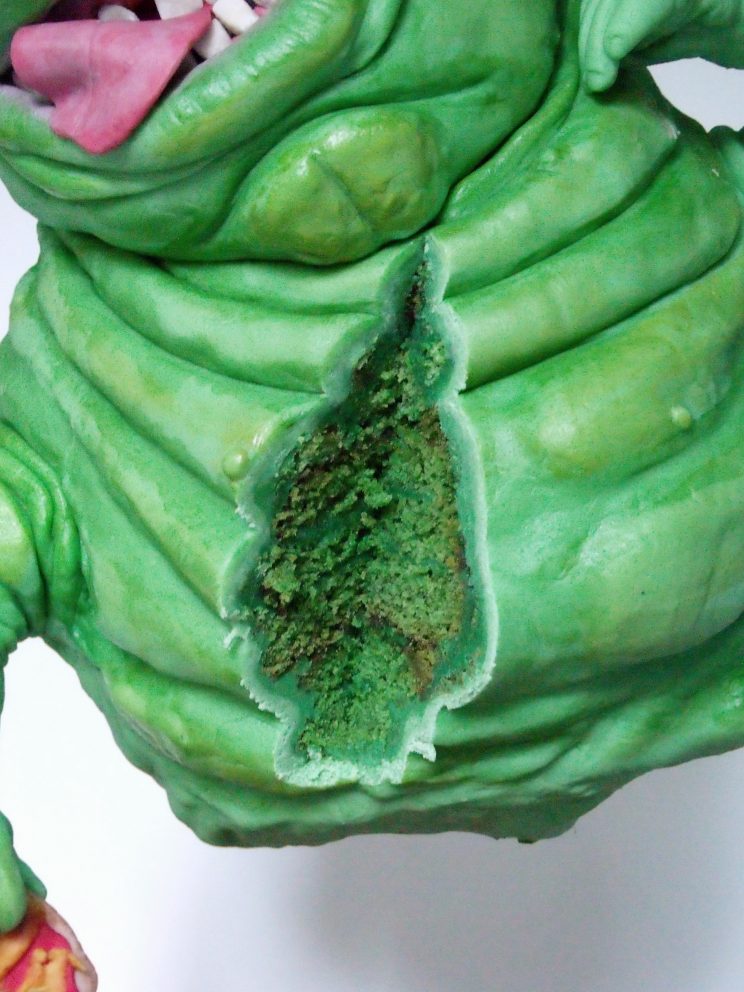 Andy is the kneading machine and in a couple of minutes all the sculpting paste was green. Covering was very easy and I must admit I did enjoy shaping all those fatty bits. 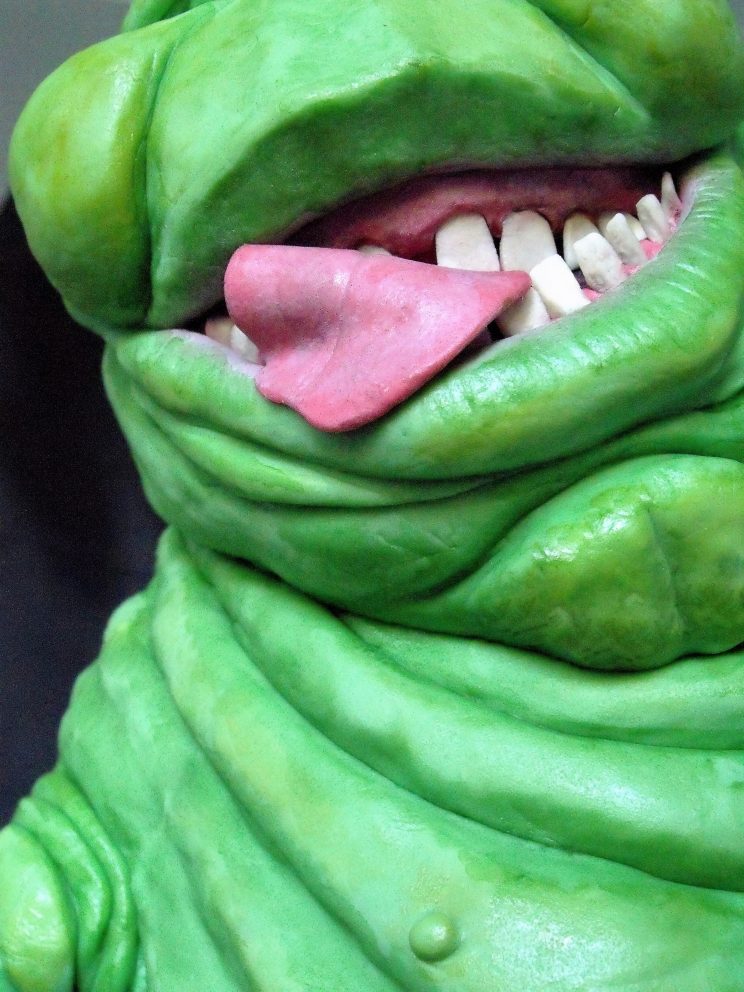 As for his face I wanted Slimer to look sneaky and I just love his cheeky smile. I hope I have managed to achieved it.

Slimer traveled with us to one of London’s TV studios for an exclusive Halloween party and has been demolished in minutes. 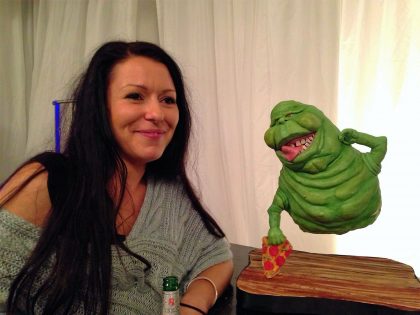 In total this cake took us 8h of work. It is cakes like this that really keep my passion for it alive! 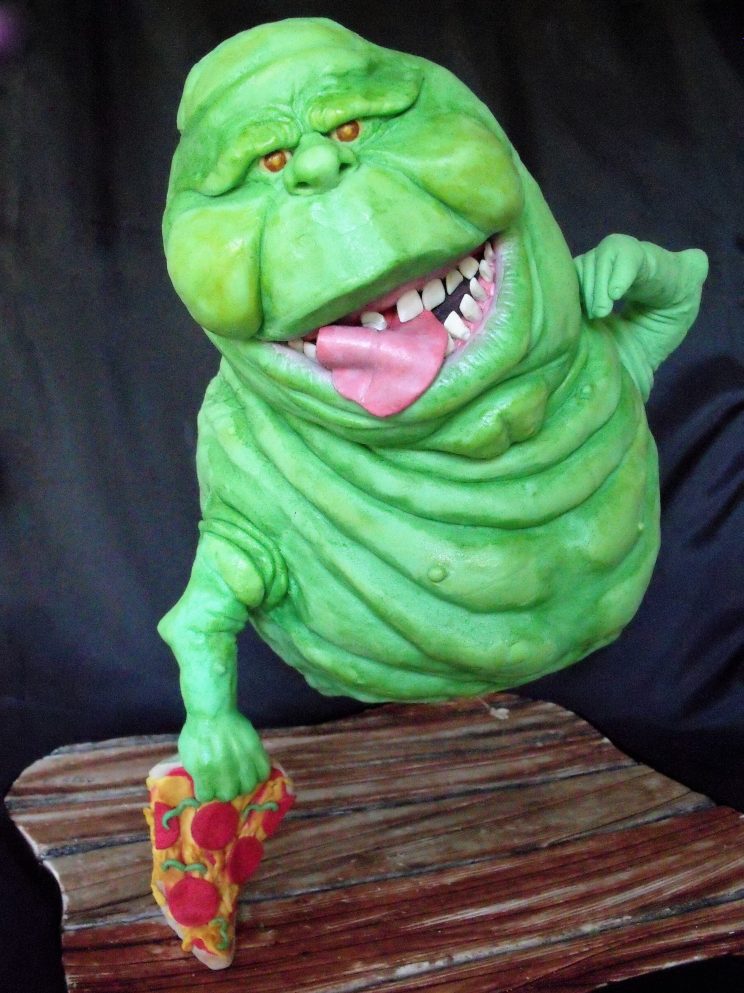 Until next time, keep on baking.