Woke up this morning to an amazing white scene outside and started craving a slice of Christmas mincemeat sponge. 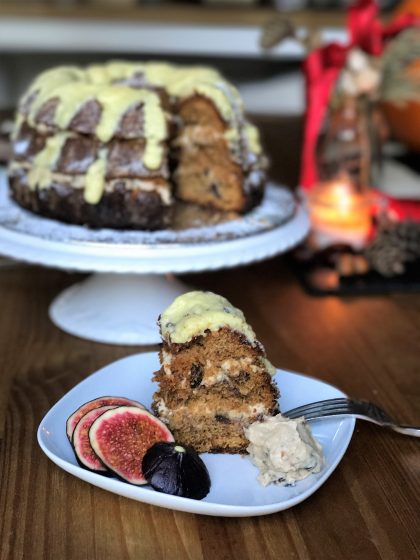 I love snow, probably as much as I love cake. Especially because it reminds me of cold, snowy, Christmassy mornings when I was a kid. Every time when we had fresh snow, and usually in Poland snow was quite deep, we would go sledging. I was one of those lucky kids living next to a hill. In summer we called it Green Hill but obviously in winter it metamorphose into the best sledging course. Thinking about it now it was actually quite scary and super fast course about 150 metres long. Playing with all the kids racing we would spend there almost a whole day coming back knackered and hungry.

As soon we came home we either would have dinner or in most cases hot chocolate and slice of cake!

And because is almost Chrimas this was a perfect excuse to bake Christmas mincemeat sponge. 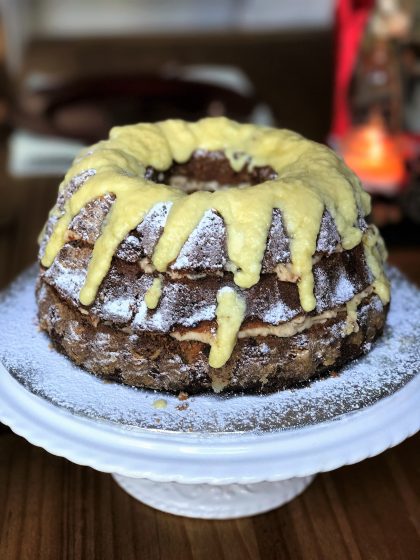 I have never heard of mincemeat before coming to England. Apart from that one time when Rachel from Friends wanted to make British Christmas trifle-pie. Everyone remember this episode, right? 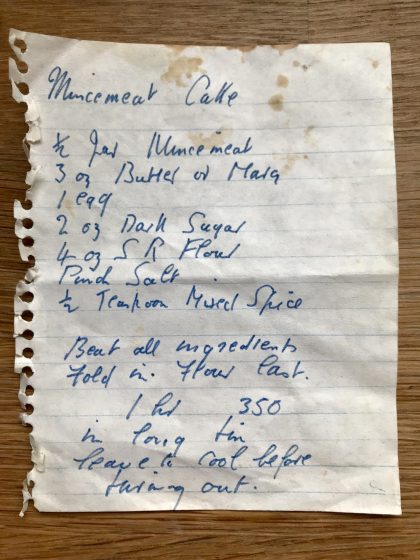 In the UK everyone knows what mincemeat is and all the stores sells at least a few different types. Mincemeat despite the name is a sweet mix of dried fruit soaked in alcohol. Mainly used in Christmas bakes like Mince pies but this time I have used it in Christmas mincemeat sponge recipe.

This particular recipe is probably more than 30 years old and belonged to Zara’s great grandma… or possibly ever her great great grandma. I found it in her little recipe box and one day decided to give it a go.

We love great grandmas Christmas mincemeat sponge so much we make it during the year as well as for Christmas.

Christmas mincemeat sponge is a quick, easy and very tasty treat even for those who have a limited baking repertoire.

The Christmas mincemeat sponge is not too sweet, bit tangy with characteristic mincemeat flavour. Light and delicious. With little bursts of juicy fruit surrounded by rich and moist sponge. So unlike the traditional Christmas cake which can be quite heave and stogy with strong aftertaste.

You can eat it plain… 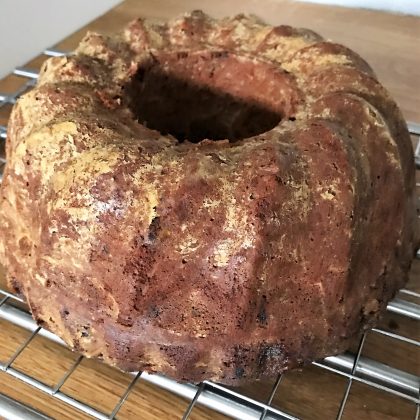 …or filled with Mincemeat cream cheese frosting (recipe to follow) and drizzled with white chocolate sauce to make it more festive. 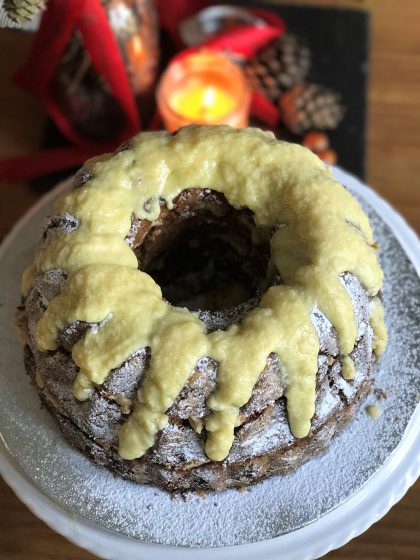 Place in a mixer bowl: 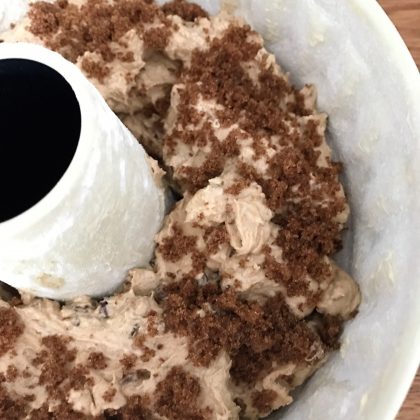 Mix on slow to medium speed for couple of minutes but be careful not to overmix. Sieve and carefully fold in:

Scoop the mixture into the tin and sprinkle with some extra soft brown sugar if you wish for a nice crusty finish.

Place in the oven and bake until brown, approximately 50 minutes to 1 hour.

When ready remove from the tin. You can eat it warm.

If you decide to layer your Christmas mincemeat sponge with cream first let it completely cool down.

Enjoy with freshly sliced fruit as a dessert or Christmas afternoon cup of tea.